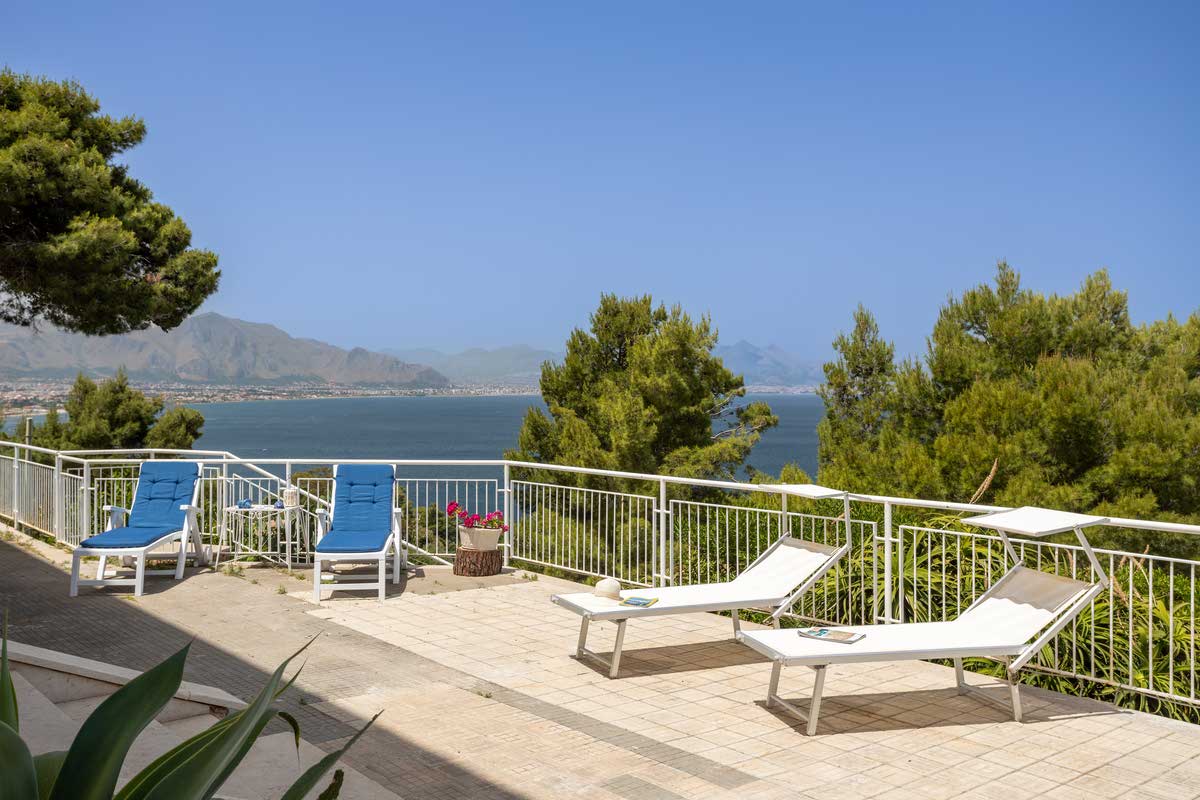 Solemar Sicilia – Villa delle Rocce is found on the Mongerbino coast, sunny strip running between the seaside villages of Aspra and Santa Flavia in the Gulf of Palermo. These traditional little towns are still wonderfully undiscovered by mass tourism.

Just 400 m from the nearest public beach, Villa delle Rocce has a large terraced garden from which you can take in a wonderful panorama of sea and gulf.
Villa delle Rocce consists of two fully independent apartments: Casa Maiolica and Casa Gelsomino.

Each one has a fully equipped kitchen, a bathroom with shower and its own parking space. You can stay comfortable with independently controlled underfloor heating and air conditioning, and keep connected with free Wifi throughout.

In order to make the most of this picturesque but remote spot (bearing in mind that public transport in Sicily is not yet as good as we’d like) we advise hiring a car. In this way you’ll have no restrictions as you make your way around the lovely area, discovering its most interesting corners and hidden secrets. Alternatively, if you’d really prefer to leave the cars behind on your holiday, you can also get about by bicycle. We have electric ones for hire. 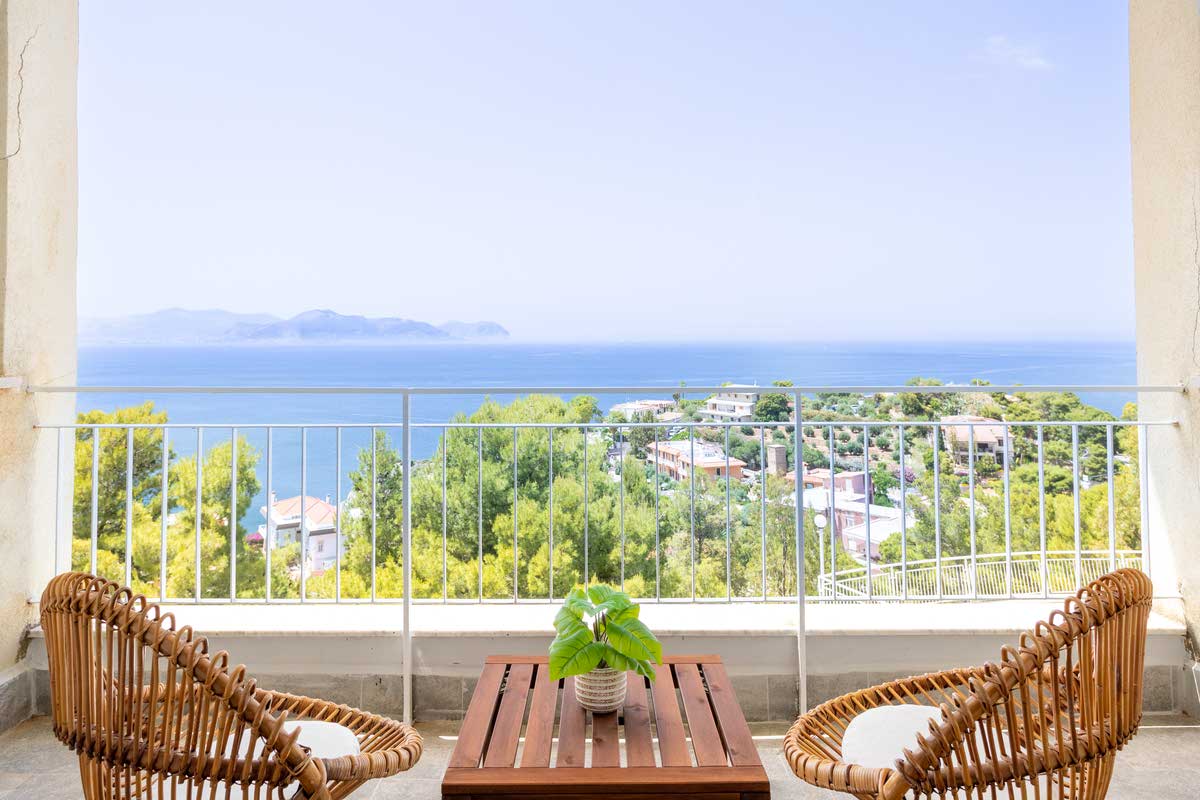 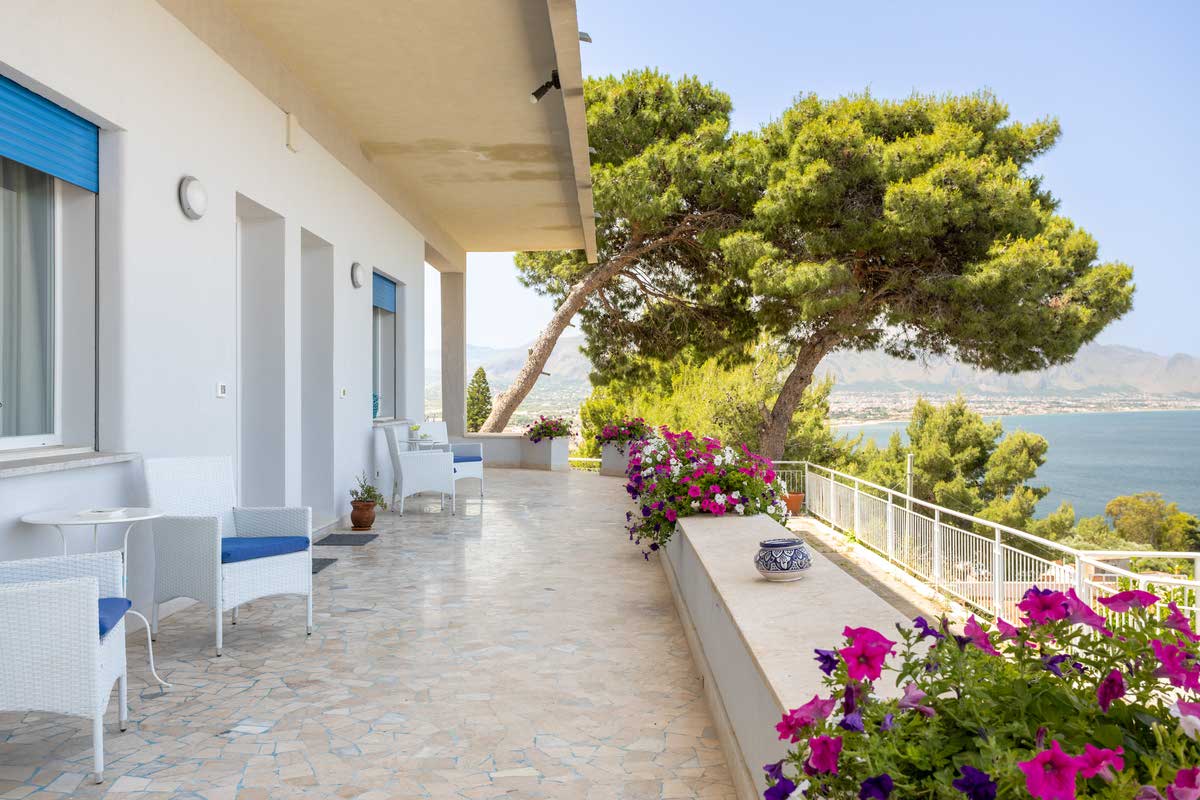